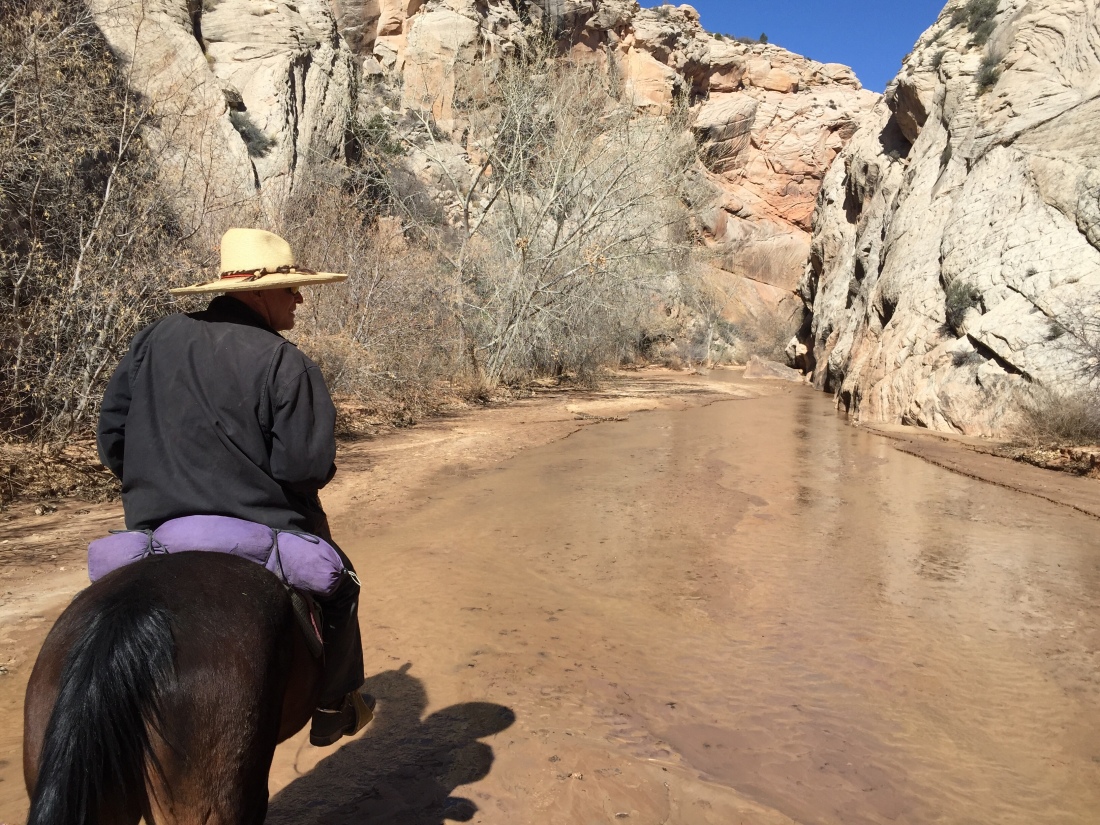 Every year or two I head out to southern Utah with my friend Joe Herbst and his animals, horse Sassy and mule Ruby. This spring break we went to Cottonwood Canyon and Cockscomb Ridge.

The dirt road runs between Highway 89 east of Kanab and Highway 12 east of Bryce Canyon. Cockscomb Ridge is a ridge line of upturned sedimentary rock, most prominently Navajo Sandstone, and is also the East Kaibab monocline, the warp that raises the north rim of the Grand Canyon to high elevation. The sedimentary beds are steeply tilted, though east and west of the fold the rocks are nearly flat lying, more like the traditional picture of the Colorado Plateau.

We camped near the road, two nights, opposite Hackberry Canyon, and then two nights at a tucked away campsite behinds a ridge of Entrada sandstone. The first two nights were cold and windy, so we used Joe’s Tentipi and roaring titanium wood stove, the the weather warmed and the wind dropped for the other two nights.

The first riding day we went up Hackberry Canyon, a stream that flows through the Cockscomb in a very narrow but very rideable canyon. Once through the Navajo sandstone, it widens a bit in the brilliant red Kayenta formation and multi-colored Moenave shale. Eventually the strata dips back down and the stream passes through a much rougher narrow canyon, still passable. At that point we turned back to camp. At the beginning of the upper narrows, the historical Watson cabin is being restored, but with questionable methods. Plastic tarpaper?? We saw a few longhorn cattle up in the upper section, and on out way out, ran into the cowboys who were going to gather them for a move to summer range. We also saw longhorns near our camp that evening.

The second day we rode up Road 430, the Brigham Plains Rd, which climbs at a remarkable angle up through the Dakota, Tropic, Straight Cliffs and Wahweap formations to the mesa above, which seems to be called Brigham Plains. We headed south across the mesa, following a ranching road that passes dry cattle tanks, and eventually found an extensive catchment of roofing metal with a underground tank and watering trough with water. This is a seldom visited place, with far distant views and a sense of openness that doesn’t exist below. It seems the road eventually goes to Coyote Canyon, but that was far beyond out ride. We walked the animals back down the steep road, playing it safe. 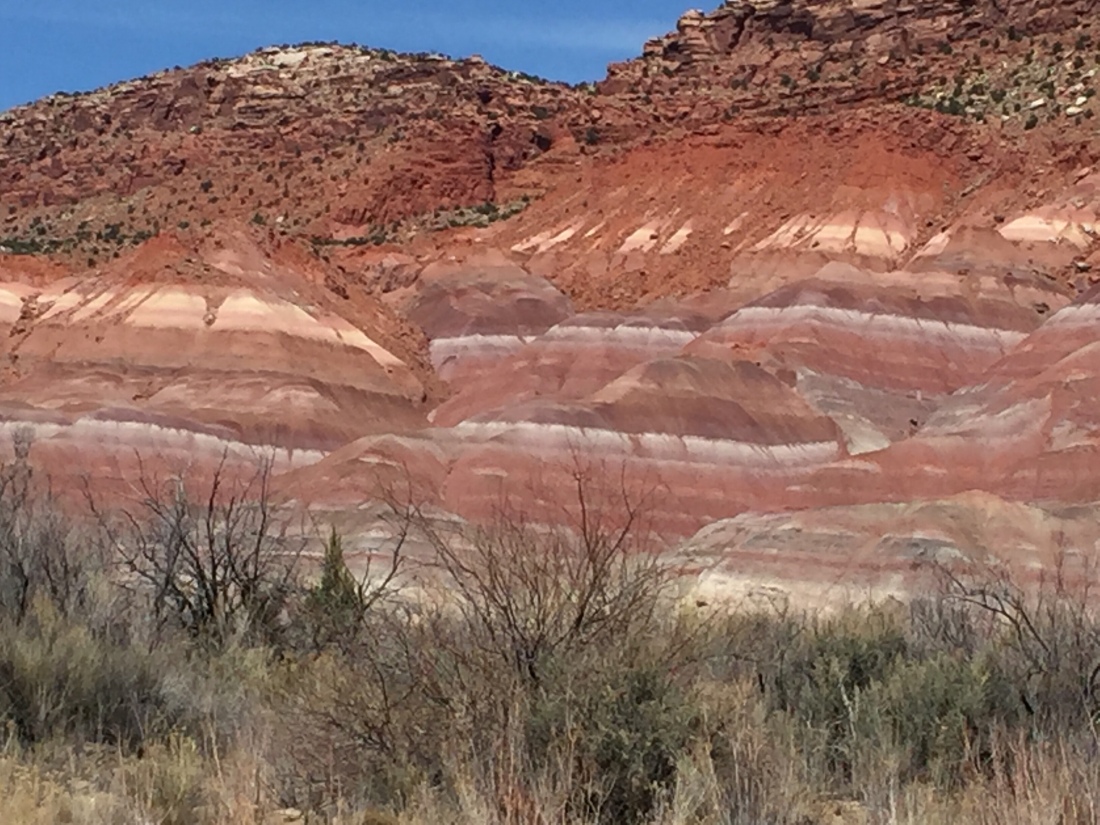 The third day we rode down Cottonwood Wash, which is flowing most of the way with water from Hackberry Canyon, though it sinks away before reaching the Paria River. The Paria Box is another narrow canyon cut through the Navajo sandstone of the Cockscomb by the Paria River, from its source on the east side of Bryce Canyon. The canyon is nowhere as narrow as Hackberry, but has more water. In the wide middle section of the canyon, the river braids across a wide flood plain, and the aggrading leaves a fine muck that must be unpleasant to backpack in. We visited a historical cabi and surrounding development on the north side of the river, and the Paria cemetery on the south side. The hills of brilliantly colored Moenave shale in this section is the highlight.

We hardly saw a flower or green plant. Perhaps early in the year, but more likely the result of drought. The soul is damp not far down, but the rain may have come too late for grass and flowers this year. The cattle were largely surviving on munching shrubs, and tiny bits of last-year grass.

Evenings were spent around the ‘campfire’ of Joe’s little wood-burner gasification stoves, eating dinner, telling stories new and repeated, and heading off to sleep. The moon was nearly full Thursday night, but many stars were still visible, Sirius up first and Orion and many other constellations eventually.

Dan Allison is a Safe Routes to School Coordinator in the Sacramento area. Dan dances and backpacks, as much as possible. View all posts by Dan Allison

This site uses Akismet to reduce spam. Learn how your comment data is processed.